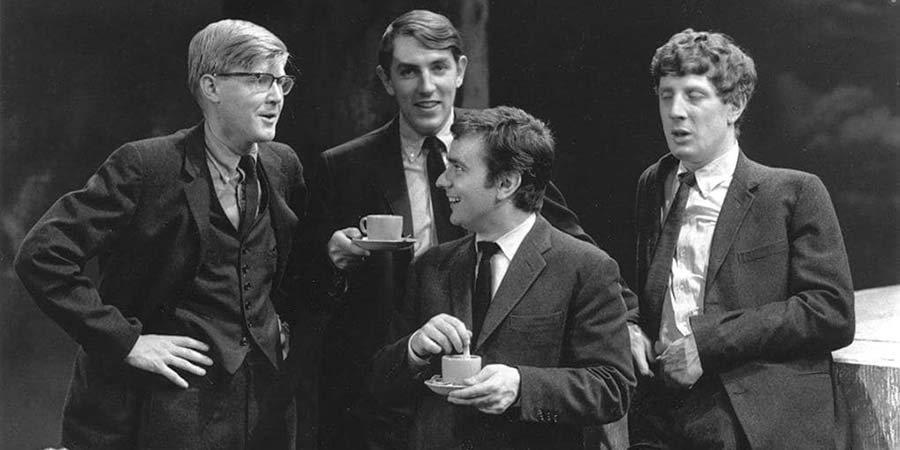 Today we’d like to talk about a great author, known for his peculiar personality, a taste for controversy, and, most of all, a fluffy, orange haircut thatsummarizes his style. Don’t worry: he has never been the President of the United States of America. We are talking about Alan Bennett, an English actor, screenwriter, and playwright.

Born in 1934, he wrote his first success in 1960: Beyond the Fringe, a satirical revue who built his fame of a loose cannon, as it contained tons of caricatures of the authorities of the time under the rain of the audience’s laughter.

The first steps of an author who showed many times not to fear to be misunderstood or considered offensive: the proof will show up in The History Boys, written half a century after Beyond the Fringe, in 2004. Maybe his hair color faded, but his talent didn’t: the play got enthusiastic reviews all around the globe, becoming a true modern classic in Italy at the Elfo Puccini, directed by Ferdinando Bruni and Elio De Capitani.

Eight students, preparing themselves for the admission tests in the main United Kingdom’s universities, face a principal who considers their success a sign of prestige for the whole school. That’s why he decides to hire a new teacher to train his boys for their exams: Irwin, who we will discover to be gay and involved in an affair with his students, along with his elder colleague Hector.

In a minimalist plot, brighter rather than provocative, a trait peculiar of the queer literature emerges: the guide’s figure. A kind of character who starts his journey in the poetries dedicated to the ephebes of Ancient Greece, ending in the thoughts of Mario Mieli, founder of the homosexual movement in Italy unrightfully accused to be a pedophile by the catholic right-wing, for saying children are free creatures, untouched by a society that promotes heterosexuality. Hector goes against an education that just helps to achieve good grades in university tests, pushing his boys towards an open mind instead.

That makes us think about an era in which the pandemic and the economic crisis affected education and civil rights. Closed schools, banned culture, and even more fuel into the wrath for business are sold as the parachute to save society. So, here it is our eighth challenge for the Carlo Annoni Prize participants: when your characters are drowning in their life, who helps them swim back to the top?