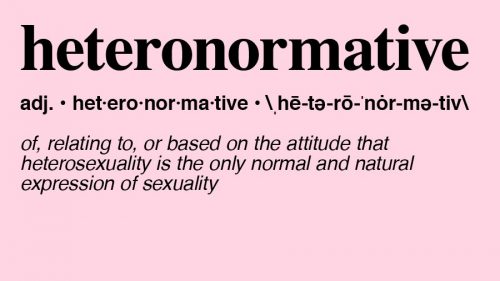 Dear readers, we’re sorry. It has been five weeks since the first LGBTheater episode and still, nothing about female playwrights! Not that there is a lack of them: according to a 1996 survey by AMS Planning & Research Corp., the majority of the American theatre audience is female.

Also, there is a huge number of brilliant playwrights around the world: Yasmina Reza, Elfriede Jelinek, Lucia Calamaro, Biljana Srbljanović, Lucy Prebble, to quote a few…

It’s quite a cliche to begin with Sarah Kane, and Sarah Kane was all but cliche: the fact that a highly explicit work about war and rape such as Blasted was written by an English 24 years old girl coming from a well-being family clearly shocked the UK theater back in 1995.

Blasted, despite not truly having homosexual characters (the sex moment between Ian and the soldier is non-consensual), undirectly addresses the traditional heteronormative relation Kane stood against: the one involving a dominant man and a submissive woman. To find real love among her plays we have to wait until a gay couple appears: Carl and Rod’s relationship in Cleansed, to quote a metaphor in the text, springs through the flames of hell like a flower in the cement. Which, by the way, doesn’t prevent the whole story to end in blood and tears.

Kane’s anty-heteronormativity is also a peculiar trait of the greatest British female writer. But, speaking about her, the Guardian’s critic Michael Billington omits ‘female’, placing her on top of an Olympus of contemporary authors, mainly men. We’re clearly referring to Caryl Churchill. In Sleepless, the last goodbye to her naturalistic period, three couples talk in their respective bedrooms: the only one who seems happy is the last, also the one made by two women, both of which we have seen in the previous scenes along with their ex-husbands.

Also, the surrealist era reaches its top with a gay couple. The characters in Drunk enough to say I Love You? are engaged in a relation which is even too much happy, them symbolizing the USA and the United Kingdom, keeping alive their love even through wars in the Middle East and tortures with metal wires between the teeth of the dissidents. A taste for moderation Sarah Kane would have appreciated for sure.

Let’s leave 2020 with a sigh of relief and let’s start 2021 with a question for the authors wanting to participate in the Carlo Annoni Prize: which themes should face and which targets should aim to someone who wants to shock the audience?